The names and trade marks of certain well-known regional food and drink products are tightly protected under European law. The extent of that protection was analysed in a High Court case concerning a non-alcoholic sparkling wine bearing the name 'Nosecco'.

The French producers of Nosecco applied for trade mark protection in respect of a bottle label bearing that name. The application was, however, successfully opposed by a trade association which guards the interests of Prosecco makers. The name of the enormously popular Italian wine is a protected designation of origin (PDO) under Regulation (EU) No 1308/2013.

A hearing officer acting on behalf of the Registrar of Trade Marks found that there was a serious risk of average consumers being deceived by use of the Nosecco name. She also ruled that the proposed trade mark evoked the PDO within the meaning of Article 103(2)(b) of the Regulation.

In challenging those conclusions, the producers of Nosecco pointed out that the name is prefixed by the ordinary English word 'no', and that the word 'secco' means 'dry' in Italian. It was, they argued, a witty and clever made-up name which conveyed to consumers that the drink is not alcoholic, not dry and not Prosecco.

Dismissing the appeal, the Court noted evidence in the form of social media posts and media articles indicating that consumers tended to describe Nosecco as 'non-alcoholic Prosecco'. The visual and aural similarity between the two words was such that the name Nosecco was likely to trigger an image of Prosecco in consumers' minds.

Although consumers would be aware that products labelled 'Nosecco' are not in fact Prosecco, the hearing officer was entitled to find that the former evoked the latter. In riding on the coat-tails of Prosecco, Nosecco took advantage of the Italian wine's vast reputation in the UK and it could not be suggested that that advantage was fair.

The Court also detected no error of law in the hearing officer's conclusion that use of the name Nosecco created a serious risk that consumers would be deceived, within the meaning of Section 3(3)(b) of the Trade Marks Act 1994. The risk was that purchasers of Nosecco would consider that it was de-alcoholised Prosecco which was in some way compliant with the requirements of the PDO. 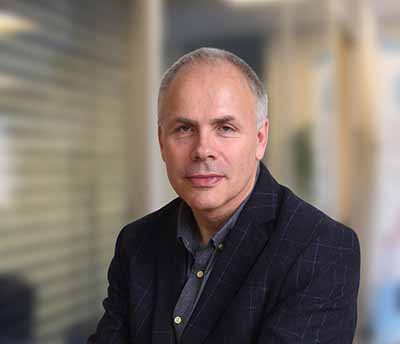 For advice on any intellectual property matter or dispute, contact us.
The contents of this article are intended for general information purposes only and shall not be deemed to be, or constitute legal advice. We cannot accept responsibility for any loss as a result of acts or omissions taken in respect of this article.

What our Clients say

I would like to use this opportunity to acknowledge your firm for your help and assistance during what could have otherwise been a very difficult period. In particular, your calmness and professionalism was very reassuring. It is very much appreciated.

Thank you for arranging this. Your kindness and guidance has been much appreciated and has certainly helped in a smooth and gentle transition from home to care home.

I just want to say a big thanks for your assistance with my house purchase. I will have no hesitancy in using Slade Legal in future and will recommend you to any of my colleagues and friends.

This message is just to thank you for the answers to our questions. You have answered everything in a very thorough way and that is why I like having Slade Legal on our side! So thank you for all you have done on this transaction.  We have a clear picture of the parking arrangements now and we don't need to see the other titles.

Some cookies are essential, whilst others help us improve your experience by providing insights into how the site is being used. The technology to maintain this privacy management relies on cookie identifiers. Removing or resetting your browser cookies will reset these preferences.